While “The Google Generation” sounds like a title for a millennial horror film, it actually is quite literal and refers to the generation which grew up with the benefits of Google. With our smartphones, the entire world is (literally) at the tips of our fingers. Not a day goes by that I don’t Google something. Whether it be to find a new place to eat, or to translate a phrase I’m not sure how to say in Spanish, Google has made and continues to make my life easier each day.

Before I get into the ways in which having this extensive library is beneficial, it also doesn’t make the Google generation particularly smart.

There are too many Yahoo! Answers and Google searches to post, but the stupid questions don’t end there. People are even asking a platform as big as Twitter these dumb questions: 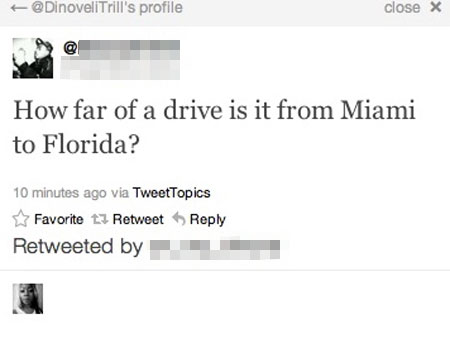 Although the Internet allows for, and can record the stupidity of other people, it has also been exponentially beneficial for people to get the answers they would have not known without the Internet. Even with the stupid questions, the Internet allows them to  be educated on what they don’t know (although everyone should know what a vowel is).

Tools like Google Scholar  has made it easy for people in academics to search credible and reliable sources. TED Talks are another example of how the Internet has made the spreading of information that much easier, and more importantly that much more accessible.

Google specifically, is such a large platform it has enabled itself to become intertwined with almost everyone’s everyday lives. Below is a visualof everything offered by Google:

My initial thought was that it was quite ridiculous to put in every example of their products, but when you can see how long the list is it becomes real in the sense that some things people don’t normally associate with Google, still have to do with Google. For example, Waze is also a product of Google. Along with YouTube, which now includes YouTube TV, Youtube Kids, and YouTube Gaming.

This video shows users exactly what Google+ is, the advantages and disadvantages. The end however gives the almost creepy realization that Google has almost perfected every one of their products. From email, to it’s search engine, to RSS readers, we subconsciously allow Google to be our own norm. The video ends with, “You don’t need to choose Google+, sooner or later you’re going to end up using it.”

But at least we can now ask the internet what silly questions we have whenever we have them, right?